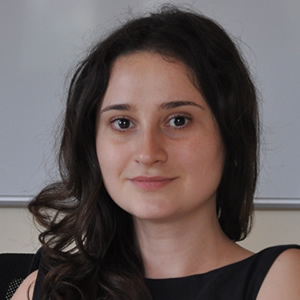 Alina-Cerasela Avram is a Bucharest Academy of Economic Studies graduate, with a PhD in the field of business management. Since 2017, she is involved in several projects powered by Enformation. Alina also activates as a researcher at the Institute for World Economy since 2016 and developed several innovative projects in the private sector. Alina is the editor-in-chief and founder of the Junior Scientific Researcher Journal, a publication founded in 2015, after she won the Start-Up Smart project competition for young entrepreneurs. Another similar initiative is Catalog Med Tour – a portal dedicated to medical tourism, launched in 2012.

We use cookies on our website to give you the most relevant experience by remembering your preferences and repeat visits. By clicking “Accept”, you consent to the use of ALL the cookies.
Cookie settingsACCEPT
Manage consent

This website uses cookies to improve your experience while you navigate through the website. Out of these, the cookies that are categorized as necessary are stored on your browser as they are essential for the working of basic functionalities of the website. We also use third-party cookies that help us analyze and understand how you use this website. These cookies will be stored in your browser only with your consent. You also have the option to opt-out of these cookies. But opting out of some of these cookies may affect your browsing experience.
Necesare Întotdeauna activate

Any cookies that may not be particularly necessary for the website to function and is used specifically to collect user personal data via analytics, ads, other embedded contents are termed as non-necessary cookies. It is mandatory to procure user consent prior to running these cookies on your website.